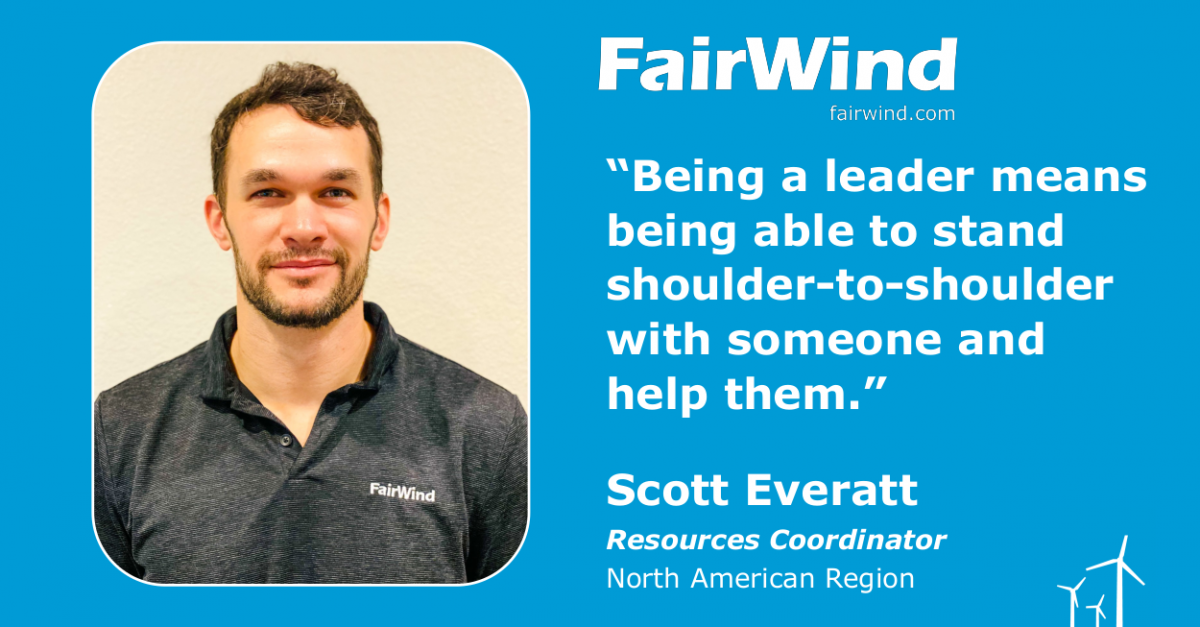 Scott Everatt has been with FairWind’s North American region since 2016, starting as a technician. He was recently promoted to Resources Coordinator, and works out of FairWind’s office in Abilene, Texas.

Can you tell us a little about yourself?

Scott: I’m from the state of Maine, where it’s beautiful outdoors. That’s why I like to do things like mountain biking, snowboarding, rock climbing, and fishing.

I served in the U.S. Army, in the 2nd Infantry Division, infantry sniper section. I had one deployment to Afghanistan with 1st and 3rd Special Forces Groups.

Being in the war influenced me tremendously in all parts of my life.

It was extremely eye opening for me to see another culture and how they live, especially the extreme poverty visible in the middle of a war. It taught me empathy towards other cultures, and allowed me to open up and be more empathetic to everyone, not just the people I feel I’m expected to be.

Did your experience in the Army have any influence your work today?

Scott: Some of the things that I learned in regards to leadership skills, those will always stay with me. Working with special forces I learned that being a leader means being able to stand shoulder-to-shoulder with someone, understand their point of view, and helping them – it’s not about pointing the finger and telling them what to do. 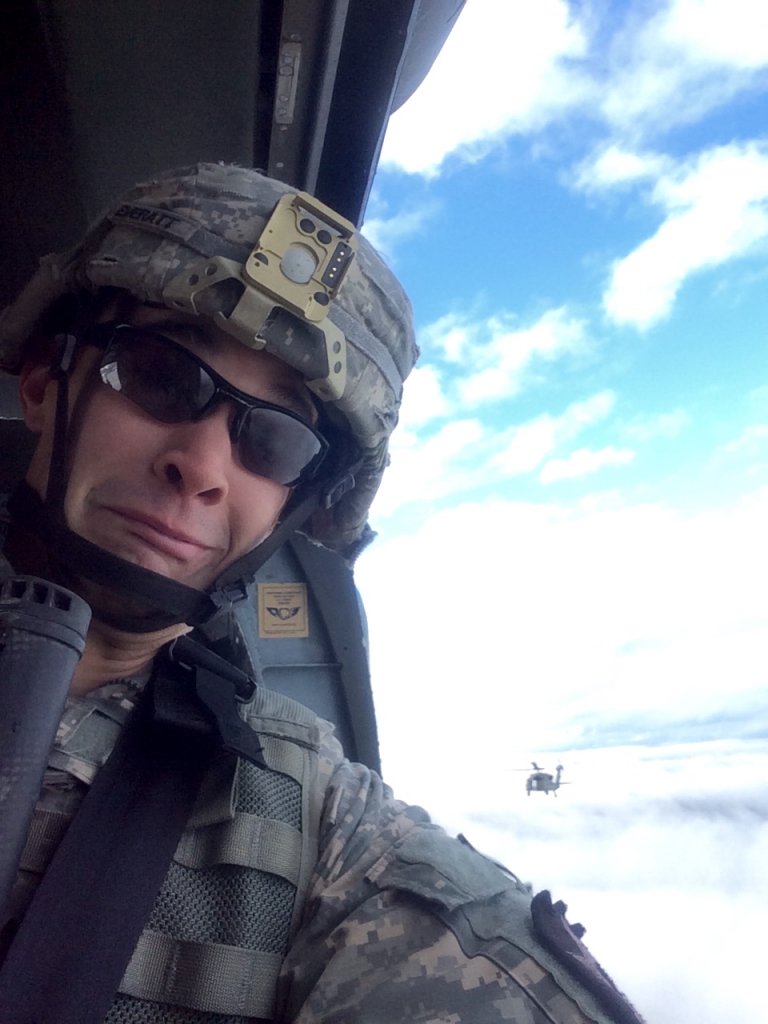 How did you get into the wind industry?

Scott: In 2016 as I transitioned out of the Army, I went to a school with a transition program that taught trade skills, such as CPR certs, electrical knowledge, etc. Someone at FairWind got my CV from the school and contacted me.

At the time I had just gotten out of the Army, and thought “awesome, I’m not going to travel anymore!” Then FairWind calls and gives me this great opportunity. I decided to give it a shot, and I’ve never looked back. 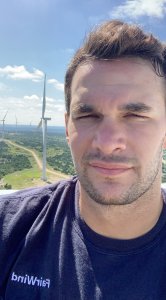 Scott: I started as a technician. My very first site was in North Dakota. I’m used to cold weather in Maine, but this was a different type of cold – especially working in December and January. I worked for a great site manager and team who showed me the way. We ended up working through the holidays in -7 C temperature most days.

We were given a big challenge too: rebuilding an entire hub. We replaced every single component. They didn’t think we could take out cabinets without removing the Hub, but we found a way to do it. So imagine, I’m standing on top of a tower straddling this massive box with another technician in freezing weather. It was a crazy experience!

For years after that, the site manager would call me the “Hub Guy.”

How did you transition into your new office role?

Scott: I remember when I first interviewed for a technician position at FairWind, I met Douglas Mitchell (now Head of Onshore – North America) and thought “I would like to work myself up to a position like that.” I like to stay with a company for a long time, as I feel it’s really beneficial as a person to grow within the company.

Eventually I heard that a position was opening up for Resources Coordinator. Management thought I was a good fit, and recalling my first interview with Doug, I knew that’s where I wanted to be.

What are your main responsibilities now?

Scott: Mainly I’m in contact with Resource Managers on the customer’s side, for example GE. They request tasks and I try to fill that role with our human resources. I have to find a person with the right experience and training for each task.

However, I’m still planning to do a lot of site visits, and let technicians know that I will help them. So this is the closest I can get to a back office job, while still being close to the technicians and the hands-on stuff I love!

Want to become a FairWinder?