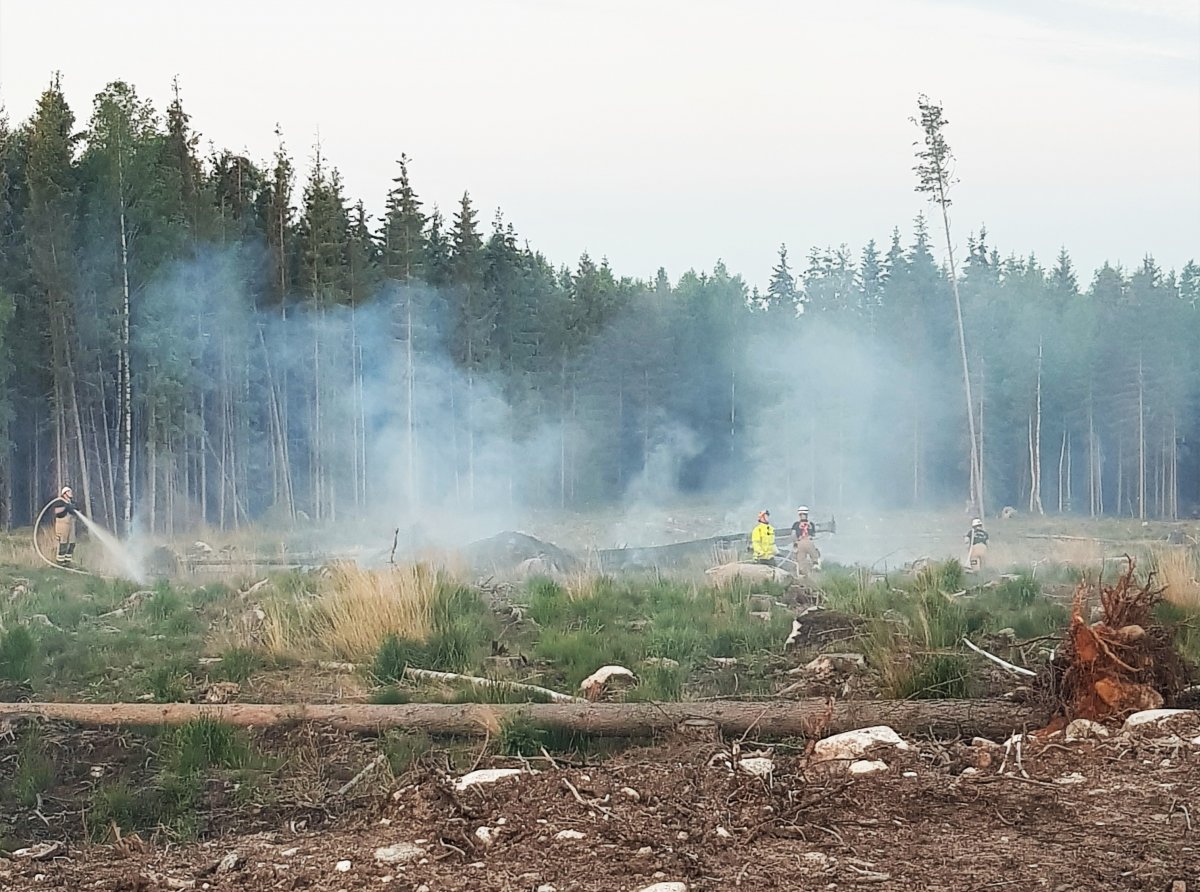 On June 3rd, FairWind wind turbine technicians helped stop a forest fire that broke out near project Bäckhammar in Sweden.

FairWind is installing 31 Vestas wind turbine generators at the project, located across the municipalities of Kristinehamn and Degerfors.

The fire was most likely the result of a severe lightning storm that occurred in the area earlier in the week. The local fire chief said that a lightning strike had probably ignited the forest. 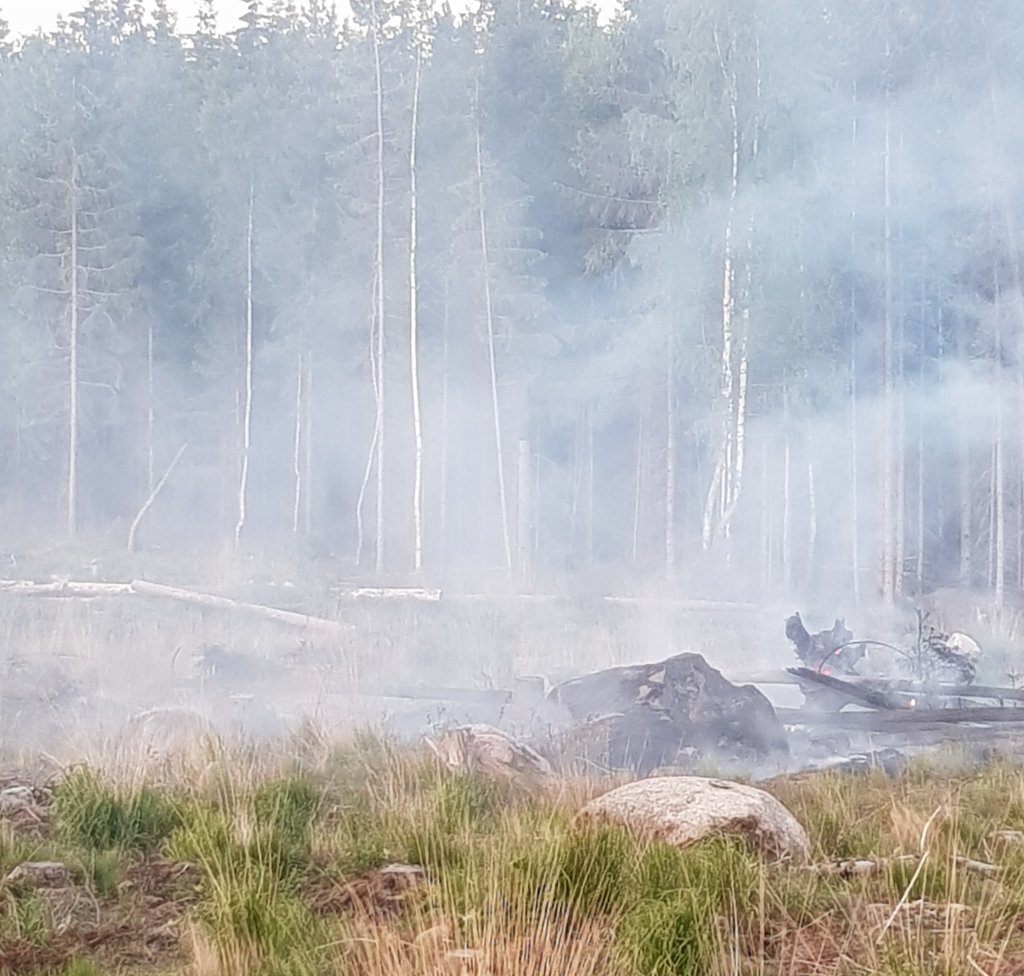 During the afternoon of the 3rd, wind turbine technicians working on the project reported smelling something “funny” in the air, similar to wet grass burning – but there was no smoke at the time. But when the wind picked up in the evening, the area of the lightning strike ignited and started a large fire.

Four FairWind wind turbine technicians fought to control the fire, using a high pressure cleaner that was located on a hardstand nearby. They managed to control the blaze and keep it to an area of about 50 x 50 metres.

The site HSE Officer called the fire brigade. Even though water ran out about 10 minutes before they arrived, the situation was under control. By midnight the fire was completely gone and everyone had left the site safely. 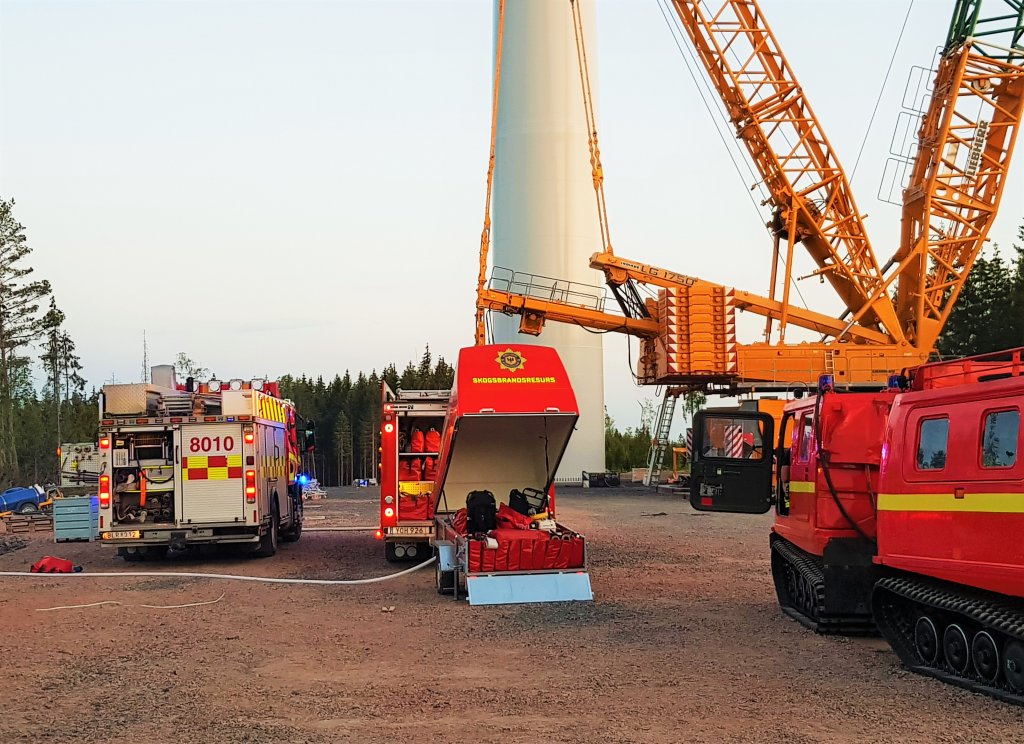 “I can’t praise the FairWind technicians enough for what they did to stop a potential disaster on site,” said a member of Vestas’ site management present on the project that day.

“They did an amazing job and they just did everything right… They had ensured that their own safety was prioritized during the work and they were very aware of the seriousness of the situation.

“Thank you FairWind for your great work.”