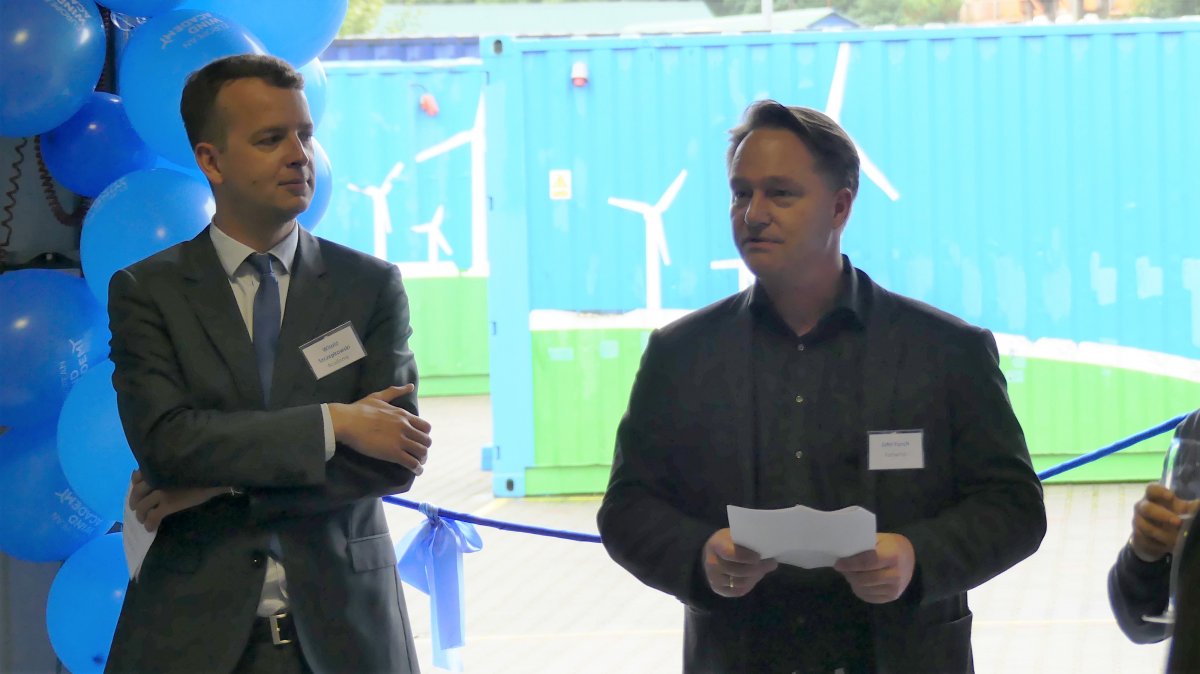 The European Wind Academy’s main goal is to train wind energy technicians in the most professional way possible, in order to secure safe and reliable services for its customers worldwide.

The European Wind Academy is also the only organization in Poland, outside Vestas facilities, that provides Safety Introduction for Technicians (SIT) and Installation Basic (IN D-Level Basic) training.

While operations had already been underway since April, the opening was meant to highlight the organization’s capability to the community, their clients and partners, and their employees.

“In less than six months, and with only four full time employees, we have already trained over 700 people in Poland, Romania, Canada, and the U.S.A.,” said Witold Szczepkowski, Academy Manager.

“I am proud that we have established such great working relations with individuals and companies from the region, who today are our subcontractors and partners.

“Thank you to everyone who put in so much hard work into making this opening possible, including our former colleague Grzegorz Marcinkiewicz, a stern judge but also the biggest supporter of EWA.”

The Deputy Mayor of the City of Szczecin Michał Przepiera, members of FairWind management, representatives from Vestas and Siemens, The Polish Wind Energy Association, members of the media and, of course, the Wind Academy Team were all present for the ribbon cutting ceremony.

“The European Wind Academy was a natural next-step for our organization,” said John Funch, CEO of FairWind.

“With our technicians equipped with the knowledge they need to deliver the best possible services, we can ensure that our customers will continue to receive the highest quality in terms of work and safety.”

Afterward, a general tour of the facilities and training tour was conducted, followed by a CPR demonstration performed by experts from Wodne Ochotnicze Pogotowie Ratunkowe (WOPR).

Several demonstrations were also conducted on a working at heights platform, to show the high level of safety and technical knowledge required of technicians today. For example, how to properly rescue an injured casualty from a turbine ladder or how a casualty suspended on a fall arrester outside of a turbine can be rescued and brought to the ground.

Immediately after the opening, on Monday, September 11th, 2017, the European Wind Academy held its first GWO BST training, following a successful audit by the Global Wind Organisation in August.